My first trip to the Italian island of Sardinia was a complete surprise. After island hopping in Greece I knew we were flying into Bergamo and then out of Rome two weeks later, but my fiancé Jason was keeping where we were going in between secret. We road tripped to Verona and Venice and I thought that was the surprise as I’d always wanted to visit Venice. But Jason had other plans…

I’d shown Jason a photo on Instagram of a beach in Italy months ago – I didn’t know it was in Sardinia. He researched where the photo was taken and surprised me at the airport as we left Venice. The beach was Cala Goloritzé and it has incredible limestone formations and the most crystal clear aqua water you’ve ever seen. It was one of the highlights of our European itinerary and we ended up going back again the following year in 2018.

The beauty of Cala Goloritzé

Cala Goloritzé is incredibly unique and unlike any other beach I’ve seen. It was created by a landslide in 1962 and is famous for its huge 143-metre-tall limestone pinnacle that rises above the cove. The beach is protected, which means that all boats need to stay beyond a rope marked with buoys which is 200 metres from the shore. They even have a water policeman in a little boat with the best job in the world patrolling the rope line. It’s amazing from a photography point of view, because it means you can take photos of the beach without any other boats blocking your shot. Plus, you get a bit of exercise swimming into the beach to explore.

How to get to Cala Goloritzé

Cala Goloritzé is located on the east coast of Sardinia about half way down the island. You can fly into one of three international airports – Olbia or Alghero in the north, or Cagliari in the south. Cala Goloritzé is smack bang in the middle of both Olbia and Cagliari international airports and a 2.5 hour drive from either direction. If you’re driving from Alghero, you’ll need to add another hour to your drive. We flew into Olbia, picked up a rental car and road tripped down south to the port town of Cala Gonone which is the entry point to Cala Goloritzé. Both years we visited the beach we stayed just outside of the town. We’re always there in peak season and it’s always cheaper to stay at guesthouses a little further out.

There are only two ways to access Cala Goloritzé – by foot or by water. Now don’t get me wrong, I love a good bush walk – but nothing beats cruising into Cala Goloritzé by boat. If you want to hike in, it’s about 4.5 kilometres or around 1.5 hours. You’ll also have to pay a fee of 6 euro per person (2019 price) if you walk in. I heard rumours that the rangers can still charge you the entry fee if you swim in, just for stepping foot on the shore. But in 2017 and 2018 in peak season, we didn’t experience this.

My favourite thing in the whole world is hiring my own boat in Sardinia. While I get that sometimes it can be easier to just jump on board a pre-organised cruise where everything is taken care of. But there’s nothing like the freedom of being able to pick and choose where to drop anchor as you explore the beaches and hidden coves along this spectacular coastline.

We visited in 2017 and 2018, and both times we hired our boat in Cala Gonome from Daymar. Low season prices starts from a minimum of 100 euro a day to 250 euro in the high season (8:15am-5:30pm). Fuel isn’t included in this price but expect to pay around 30 euro for a full day of cruising. Make sure you ask them to provide you with a beach umbrella and a cool box (esky for my fellow Australians) – it’s included in your rental. We packed ours with local produce that included fresh bread, tomatoes, cheese, prosciutto and salami, along with Italian beer and wine. We also ordered an extra pizza the night before, specifically so we could take it to eat cold on our boat adventures the next day.

If you’re renting your own boat like we did, as soon as you pick it up at 8:15am head directly to Cala Goloritzé. There’s a good chance you’ll be one of the first boats there, which means you can have your choice of spots to anchor. It’s also the furthest point you are allowed to take the rental boats, so it’s a good idea to head there first and then work your way back. 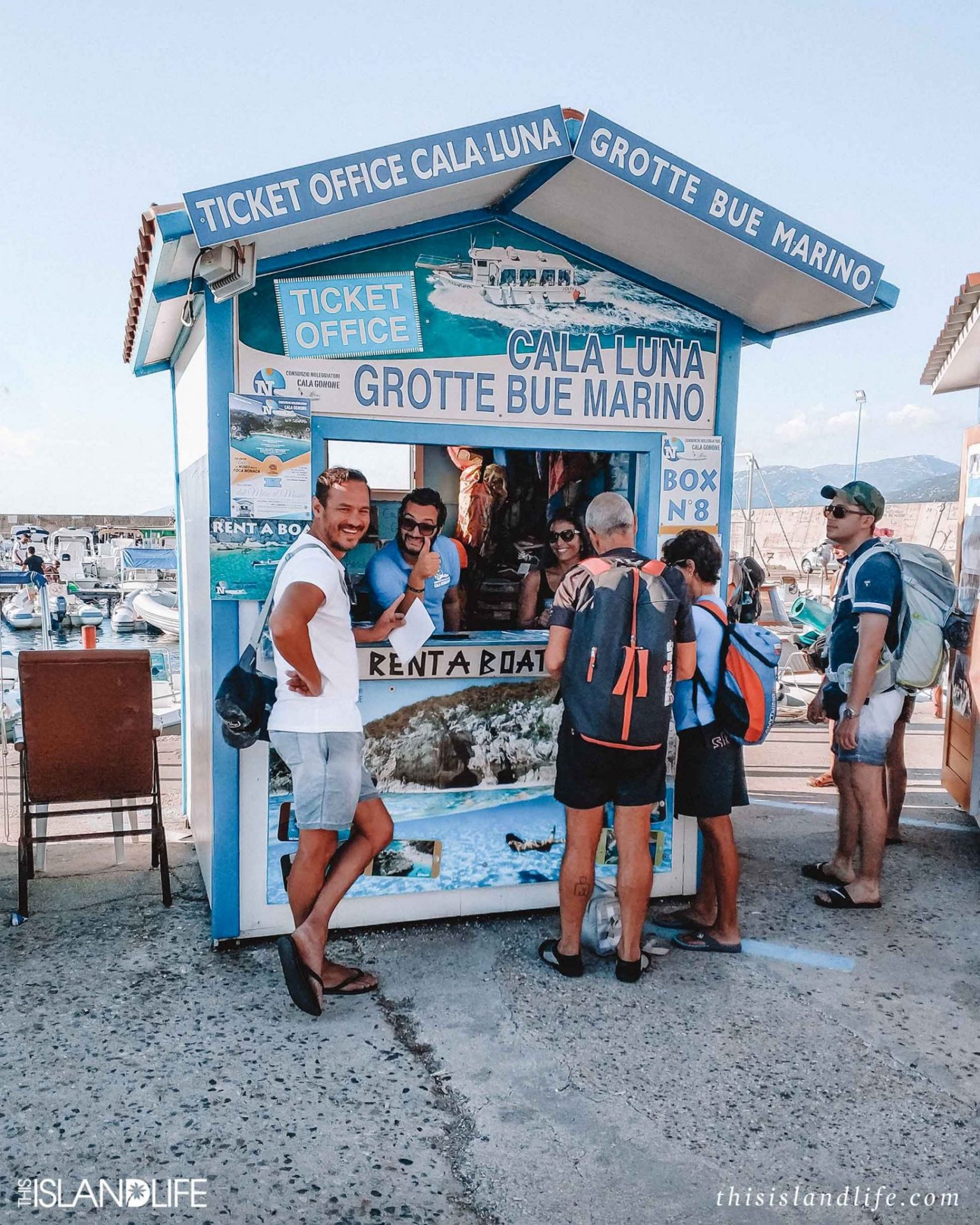